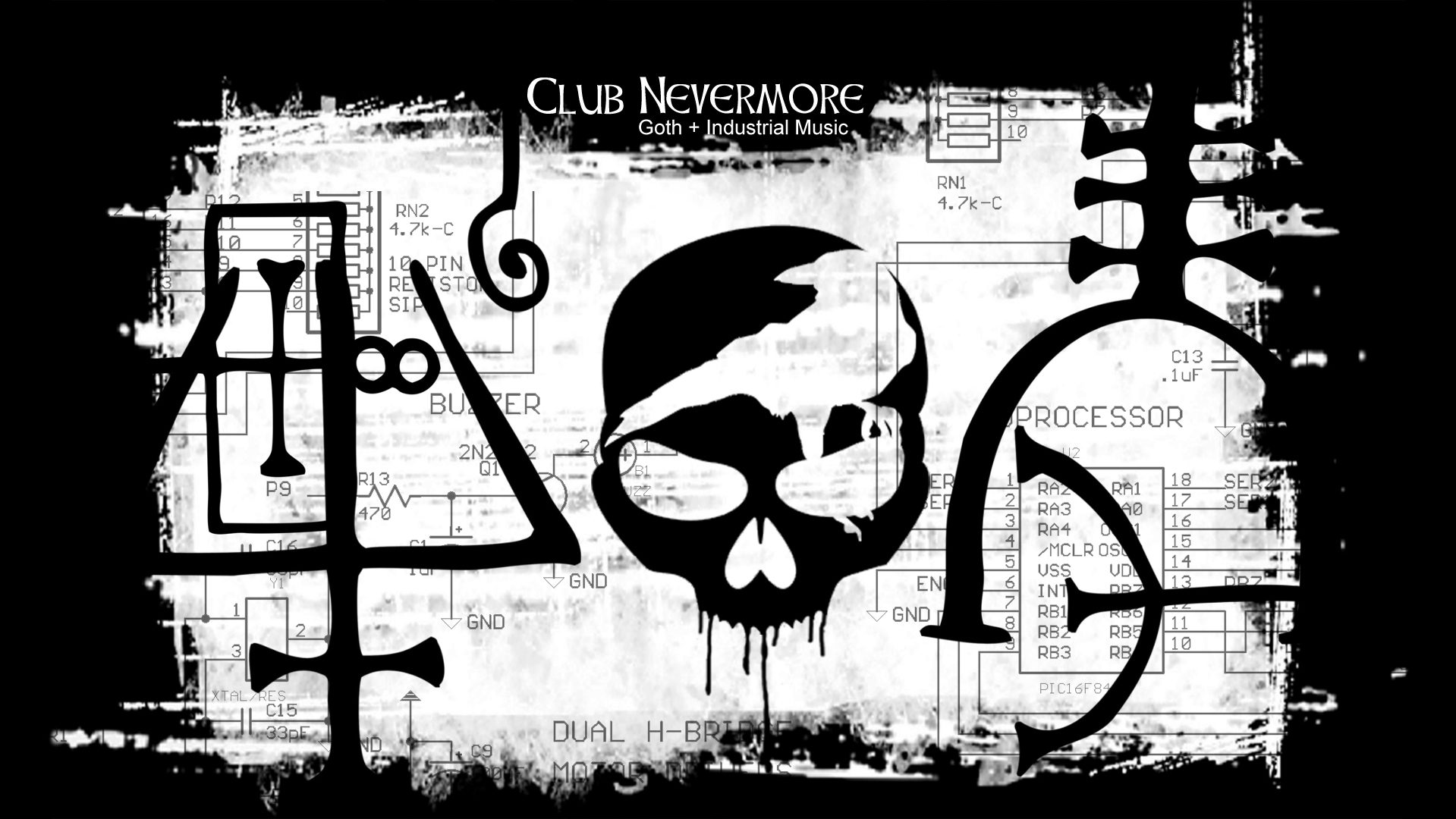 Having run successful event nights in Houston, TX, Oakland, CA and San Francisco, CA, Founder Gary Driscoll (DJ 10.29), set his sights on reviving the Goth/Industrial scene in his new home state, Arkansas. After 2 years of searching the Central Arkansas area, talking with folks in the community, and visiting some of the local venues, Gary discovered a 501(c)3 community space located in Hot Springs, AR called Low Key Arts. The folks, at Low Key Arts were very interested in facilitating an event for folks, that otherwise had nowhere to go to hear music from the Goth/Industrial genres and be able to socialize together.

After laying some groundwork, building a crew of DJs, and cultivating a social media presence, the event Gary wanted to see, began to take shape as Club Nevermore a monthly event night. Our first night was on 4/13/19 at Low Key Arts. The original DJ Crew began with DJ 10.29, DJ Dagger Dance and DJ Hollow, DJ Wilhelm then joined the team for our second event. We ran as a 4 person team for several months and recently added DJ Operator OT to our team in April of 2020.

During the First year we moved about central Arkansas doing our night at a few different venues, principally due to Low Key Arts not being air conditioned and it’s hellish in Arkansas in the summer! In 2020 we decided to find a venue closer to Little Rock, as there was a larger audience there. We found a venue in Sherwood, AR just outside of Little Rock, called Area 51 and have done one very successful night there prior to the pandemic of 2020.

We still maintain ties with Low Key Arts and plan on doing events with them in the future. During the pandemic, we have been forced to adapt and have thus far done a few live stream events with our resident DJs. Our Second live stream event was even mentioned on Stephen Colbert! 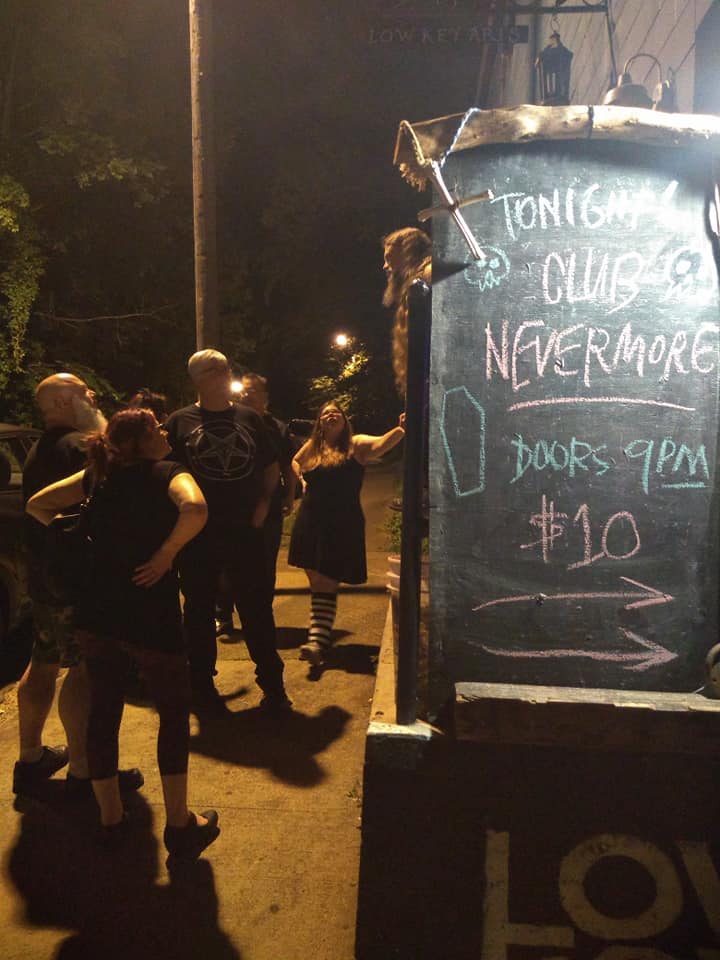 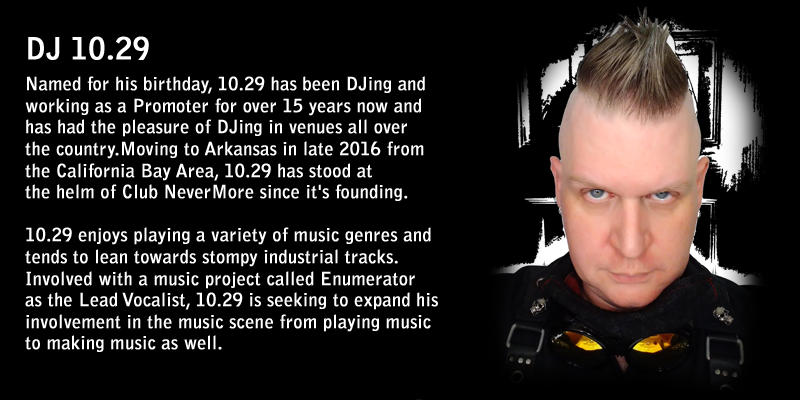 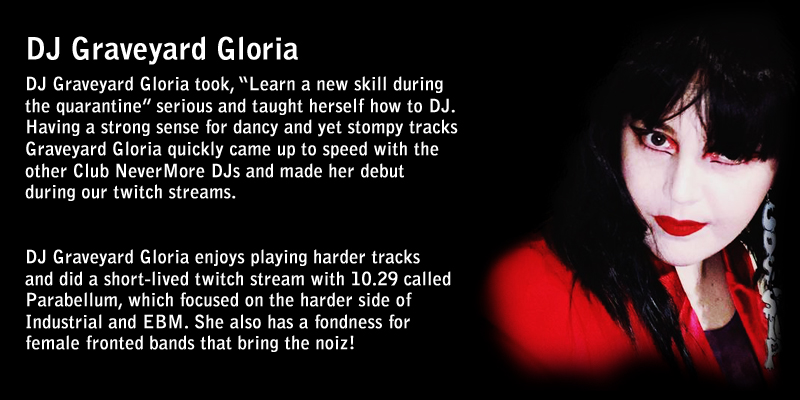 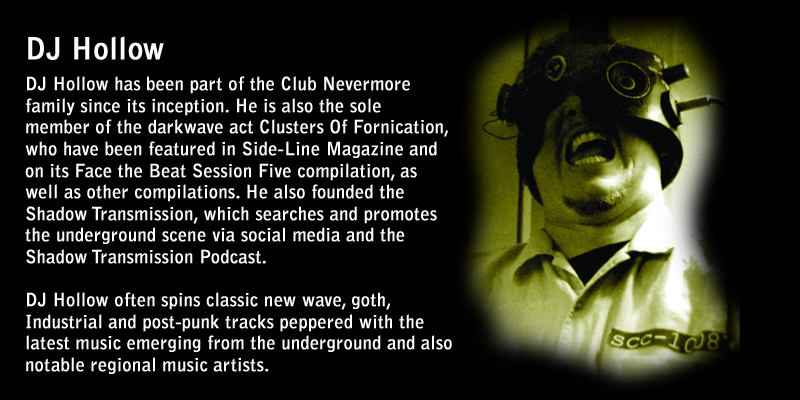 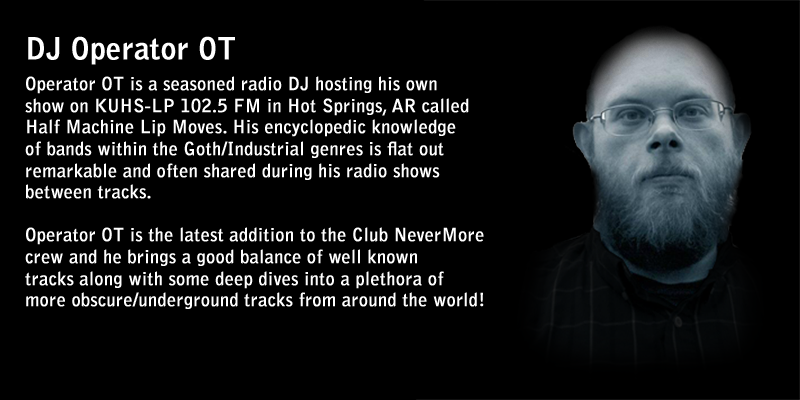 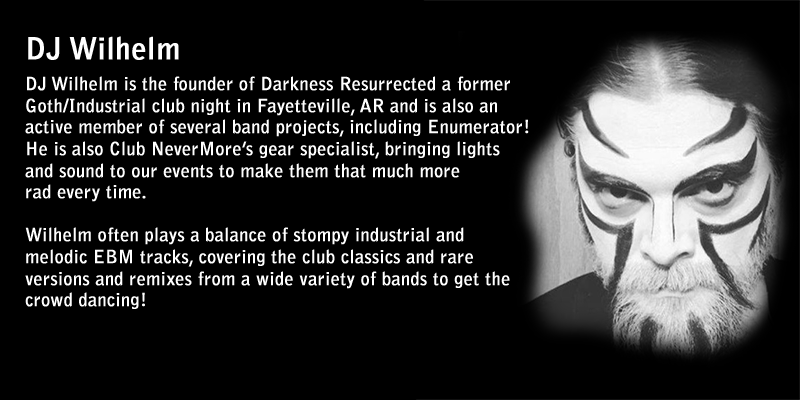